It’s been awhile since I updated Shawn Today.  The last time was before I graduated from the University of Southern California, which happened on May 15th, 2015.  It was so encouraging to “walk” for my graduation after not being able to walk at all for a few months in 2013.  I must admit, receiving my diploma from U.S.C.’s Marshall School of Business and a minor in Real Estate Development was a special accomplishment.  Most people, even all the doctors that had diagnosed me never thought I would be able to finish school and graduate.  When U.S.C. Marshall School of Business Dean Jim Ellis handed me my diploma it was a very special moment, not only for me but first and foremost for God who helped me in every moment and also for all of my family and friends in attendance. 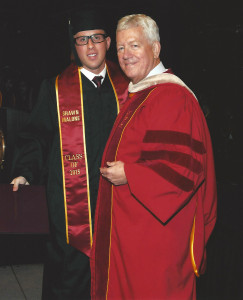 A few weeks after graduation I headed for Israel with my mom and dad.  We were there for a little less than three weeks and it was the most amazing experience.  An extremely memorable and life changing experience in my life was being baptized in the Jordan River, where Jesus was baptized by John the Baptist. To walk where Jesus walked, to visit the sites of biblical history like; Masada, the Dead Sea, Mt. Carmel where Elijah slew the 450 prophets, the Valley of Armageddon and others was remarkable.  I thoroughly enjoyed spending a few days at the Sea of Galilee, being out on a boat and envisioning what the disciple’s experienced as Jesus walked to them on water, visiting Capernaum where Jesus headquartered during his ministry and seeing the area where he taught the Sermon on the Mount.  What blessed and remarkable experiences all of these were, but most moving to me was the Old City of Jerusalem.  To pray at the Western Wall, and to walk the Mount of Olives as Jesus did was incredible.  The greatest experience of all was to see Golgotha where Jesus was crucified, but to visit the Garden Tomb where many believe is the site that Jesus rose from the dead! I am without words to describe that feeling.  Being inside this tomb, seeing the area where Jesus quite possibly was laid and then to think about the most amazing miracle ever…Jesus rose from this grave, this tomb and conquered death.  What a blessing!  Before we left the Holy Land my dad and I visited the tomb of Lazarus, where Jesus called out to Lazarus to come out of the tomb and he did, Jesus raised him from the dead.  This will be mentioned later when I tell you about the documentary that was just finished. It’s about God’s story through my life, telling of the miraculous intervention of God to give me a second chance at life and bring me back from the dead.  Some are calling it a modern day Lazarus story. 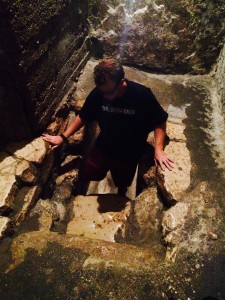 After arriving back home from Israel we spent a few days at home and then drove to Austin, Texas for about 10 days.  We spent a lot of time with our good friends Richard, Kelley and Betty.  We checked out Austin in a variety of ways, thinking that one day we wouldn’t mind living in this wonderful city.  It has so much to offer.  From there we headed up to Edmond, Oklahoma to spend time with my second family who took care of me and mentored me prior to my salvation, Tracy and Lisa Williams. I also saw and spent a considerable amount of time with my brother Peter Habyarimana, who now lives in Edmond.  Tracy and Lisa Williams have been such a blessing to me since before my time in a coma.  I spent a few months in Oklahoma at the end of 2012 trying to learn from Tracy the real estate business and the keys to being a successful businessman. I look back now and see that I was there for spiritual reasons.  Tracy was pouring into my life; verbally as well as in person by demonstrating what true faith in Jesus Christ looks like.  We became very close and I will aways be thankful to Tracy for being real, genuine and loving on me like an older brother would.  Once we got home, my Mom and I went to New Mexico to pick up my new puppy, Ness (her name means “Miracle” in Hebrew).  She is a German Pincher and the most amazing dog ever. 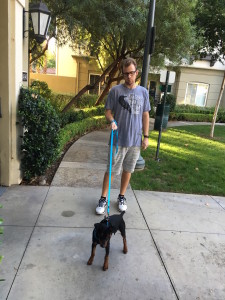 We brought Ness home and then we took off for ten days in Costa Rica.  We started out in San Jose, the capitol and stayed there for a few days.  My Dad is involved with a ministry there called Face of Justice, which helps rescue and restore girls that have been human trafficked as sex slaves.  From there we headed up to northern Costa Rica to a beach town called Coco (Guanacaste) which is about 30 minutes from Liberia.  We relaxed and enjoyed our friends there and went out on a catamaran, ate lots of great food, road four wheelers, swam and just enjoyed good friends.

In October we filmed for four days the documentary about God’s story through my life.  Brian Ivie, director of the well-known documentary The Drop Box knew my Dad and they discussed doing this film on my life and the miraculous healing of God that I had experienced.  We all discussed it in September and then Brian and his team started the planning and preparation to shoot this film and at the end of October it took place.  It’s not just a “talking heads” type of documentary, but Brian hired actors to play the roles of my family and me and the film contains re-enactments of my traumatic brain injury, the two month period in a coma and then God intervening and rescuing me from death and eternity in hell. Brian, Mike Wildt and Jon Cipiti did an outstanding job in filming and editing this story of me coming out of darkness into the marvelous light of God. The name of this documentary is: SHAWN. It is called a short documentary due to its length, 20 minutes long. You can watch this film by going to: www.ShawnDocumentary.com and viewing it there. DVD’s and Blu-ray’s are available for purchase at a very small cost. What a blessing to see the hand of God orchestrate and create a film about Himself through my life using such talented people like Brian Ivie. 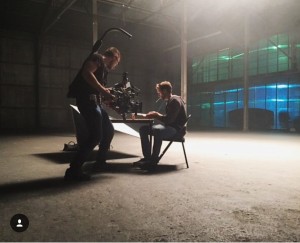 We celebrated the first part of November in Las Vegas at my sister Shannon’s wedding.  She got married to Carlos Real on November 1st and it was great.  All of my Dad’s family and some of my Mom’s family came in to celebrate this special occasion.  I was a groomsman and the wedding was awesome.  I am so grateful to Shannon for fighting for my life, especially when I was in a coma and the neurologists were telling her and my parents to pull the feeding tube and starve me to death.  I know that she was adamant about not letting anything bad happen to me, especially me being killed.  I would like to get to know my sister better since these events transpired. She led the fight for my life and did not give up on me, thank you Shannon.  I appreciate so much Shannon being there for me and helping me and my parents with all of the challenges of five months in a hospital. She was the comic relief in the hospital setting, doing crazy things to make me laugh.   Shannon flew in the air ambulance with me from Los Angeles to Englewood, Colorado so she will always be my favorite flight attendant too.  Thanks again Shannon, I love you so much! 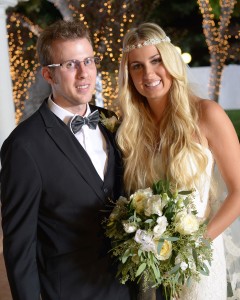 It is now 2016 and I continue to be amazed at the grace and mercy of God in my life.  Celebrating Christmas was special, as I get closer to God and understand who He is I am so thankful for HIM sending HIS Son Jesus to the earth for the sole purpose of being crucified on a tree, so that I could know HIM and enjoy HIM.  Easter is very significant too as I reflect back on being in the Garden Tomb and seeing the place where Jesus was resurrected is so powerful and impactful. The Lord Jesus conquered death and provides all of us with an opportunity to eternal life, WOW…that is so incredible.  It appears that I will be blessed to have some speaking opportunities after the documentary is released and I am humbled to be able to tell of the love of God. This is all Lord willing though. Please pray for me as I seek Jesus wholeheartedly and I try to obediently follow Him.  Thank you in advance for your prayers. Most importantly, I strive to give Abba and Yeshua holy reverence in anything and everything I do. I would also like to honor the Father and the Son with each step that I take and whatever path the Lord leads me on.